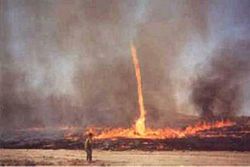 A dense black cloud boiled up in the southeastern sky. It rose high and fast, like a time-lapse movie of the birth of a thunderhead. But it was no rain cloud. Wholly black, it reached up and loomed over her, blocking out the sun. Somehow, she knew, it was Death coming at her.

Pre-med student Coral is on vacation in Idaho when something terrible happens. The black cloud is followed by a wildfire and searing heat that lasts for days. She survives deep in a cave but emerges days later to find the world transformed, blackened trees, an ash-filled sky, and no living creatures stirring--except her.

So begins her desperate journey: to find water, and food, and other survivors...and the answer to the mystery of what has happened.


Gray I is for sale for 99 cents. Available at Amazon,  iTunes, Barnes and Noble, Nook, and many other sales channels.

And don't forget, as with all indie books, keep updates turned on, so you can always have the best version!
Posted by Lou Cadle at 11:13 AM No comments:

Quiz on Volcanoes and Earthquakes

Here's a quiz (for fun!) on the natural disasters associated with plate tectonics.

How are you on this topic? Know your earthquakes and volcanoes? (Answers in second half of article.)


1. One earthquake can trigger another earthquake:
A) Anywhere in the world
B) Anywhere along the Ring of Fire
C) Only on the same local fault system
D) Never

2. Which are easiest to predict?
A) Earthquakes
B) Volcanoes
C) Tsunamis

3. We are very close to being able to predict earthquakes.
A) True
B) False

4) Earthquakes can only occur at plate boundaries.
A) True
B) False

5) We know where all the earthquake faults are on Earth.
A) True
B) False

6) The largest earthquake (by Richter or moment magnitude scale) recorded in the past 100 years in the USA was in:
A) California
B) Missouri
C) Hawai`i
D) Alaska

8) The biggest volcanic eruption worldwide in the past 50 years was in:
A) The USA's Pacific Northwest
B) Iceland
C) Indonesia
D) None of those

10) Many scientists think volcanoes, not asteroid impacts, are the cause of at least some mass extinctions.
A) True
B) False

11) There are more earthquakes and erupting volcanoes lately.
A) True
B) False

The answers, as I understand them:

1-C. While some scientists suggest a more remote trigger is possible, no one has made the physics calculations work out, so I'm sticking with the majority who say "it's very, very doubtful distant triggers happen." A quake in Honshu Japan, for instance, could trigger one in Tokyo as the stresses of the fault system are altered. But it won't trigger one in British Columbia or Greece.

2-C. Tsunamis are by far the easiest to predict. Something proximate (earthquake, landslide, asteroid plunging into the ocean) causes them, and usually that trigger is easily detectable. In the shorter term, "drawback," or the receding of the sea from the coastline, can alert an observer to an imminent tsunami. Volcanoes are the next easiest to predict, and scientists are making continual progress there. Earthquakes are nearly impossible to predict at any timescale that would be useful for humans. "There's going to be a terribly big quake just west of Seattle one day soon" is a promise you can take to the bank. But what day? Oh, somewhere between tomorrow and the year 2500. In other words, geological "soon" is not human "soon."

3-B. False. We are nowhere near being able to predict earthquakes. It may be impossible to ever do so in any meaningful way.

4-B. False. Quakes can occur almost anywhere. Intraplate quakes are less common, but they can be powerful and devastating.

5-B. False. We do not know every one--though we probably know of all of the big, active ones. New ones are discovered all the time, sometimes only when there is a sizable earthquake that reveals it.

9-A. While I wouldn't advise being in any eruption, Hawai'i's volcanoes are usually much kinder. The lava moves slowly and is, most days, easy to outrun, even for a little old lady with a cane. This is not true of every hot-spot volcano or every hot-spot eruption. Still, every moderate-sized Pinatubo/Mt. St. Helens/Krakatoa/Mt. Ontake eruption is one you'd best be many kilometers away from.

10-A. True. More mass extinctions are due to vast volcanic eruptions ("traps"), it is generally agreed, than to impacts. In fact, there is still reasonable debate about what killed the dinosaurs--the one impact, or a combination of impact and the Deccan lava flows. Plenty of evidence is piling up for the latter explanation. (Though it's not quite as Hollywood somehow, and the Chicxulub story will be hard to supplant in the public's mind.)

11-B. False. Over the course of the planet's history, there have been and will be steadily fewer as the planet's interior continues to slowly cool. Of course, that's happening on a geological time scale. Over your lifetime, there will be about as many the year you die as the year you were born. What has changed over my lifetime is news reporting. There are more cameras, more sensors, more news outlets, the internet, and so plate tectonic-driven disasters are known about worldwide in an instant. If, rather than relying on the selective perceptions that TV news gives us, we check (I do) the worldwide map of earthquakes over 4.0 every single day, it will become obvious that there are light weeks and heavy weeks but that there is no recent increase.

Sources: USGS, Wikipedia, and many more.
Posted by Lou Cadle at 5:30 AM No comments:

This is the US Pacific Tsuami Warning Center's graphical representation of the energy released by various earthquakes of recent memory, ending with that of two really big ones from the early 1960's. The numbers are the quakes' moment magnitude. Let me quote their explanation of what this means:

"This animation graphically compares the relative "sizes" of some 20th and 21st century earthquakes by their moment magnitudes (according to USGS/NEIC). Each circle's area represents its relative energy release, its color indicates its tsunami potential, and its label lists its moment magnitude, its location, and the year it happened."


Note, too, that the human cost may not seem proportional to the energy released...until you take into consideration population density near the epicenter/focus of the quake, local building methods, and earthquake preparedness.Japan's earthquake/tsunami preparedness is the best in the world, and you can be sure that were it not, the death toll of about 16,000 in 2011 would have been much higher.
Posted by Lou Cadle at 9:00 AM No comments: