Stand-alone novels set in today's world. The States of Disaster novels: Real people in perilous situations. Click on images to the right, or on the titles, to buy at Amazon. 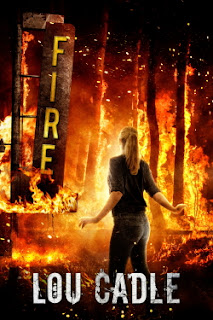 Red flames race across dry forests as Sylvia works in her rural California home, unaware of the deadly danger approaching. Her husband James, at work fifty miles away, learns of the fire but can't reach her on the phone. When the smoke nears Sylvia, she has to flee, into a maelstrom of burning ash, of flaming pine cones flying like bullets, into a thick cloud of smoke that makes finding her direction impossible. Over frantic hours, James desperately tries to find her, risking his own safety to get to the woman he loves.

Will either survive a terrifying California wildfire? 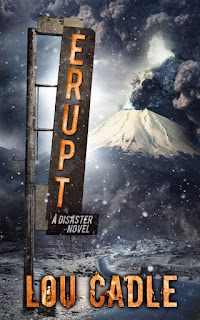 A shockwave slams into a helicopter carrying two volcanologists. A thousand-degree cloud of ash hurtles at hurricane speeds down the mountainside toward two hikers. Suffocating ash rains down on the campsite of a troubled teenager, stranding him and his family miles from help.


Massive mudflows rush down the river valleys and into 23-year-old Chad Keppler's small town. His lifelong dream is to be a firefighter, but after he fails the physical test, that dream seems about to slip away. But he can do this one thing: wade into the swirling, debris-filled mud, to prove to himself that he has the strength and courage it takes to save lives. 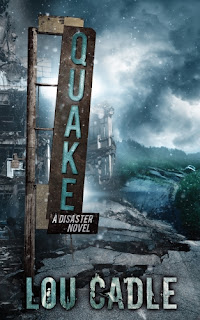 A deep rumble in the earth, a screeching noise, and the world begins to shake, throwing people off their feet and hurling buildings to the ground. The New Madrid Fault has ruptured again, wreaking havoc over seven states.

Gale Swanton, city planner for a small Missouri river town, is left in charge when the city manager and mayor are both killed. He struggles to help the townsfolk in the face of broken water mains and impassable roads, with little help from a FEMA overwhelmed by the vast destruction in St. Louis and Memphis.

Tempers fray as food and drinking water run low. Gale and his RN husband struggle to hold together a crumbling community and protect its citizens from their own worst instincts.

And there is more shaking yet to come. 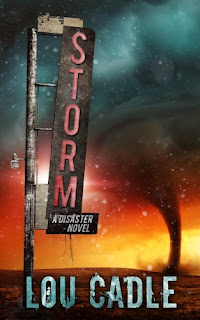 A tornado bears down on a small Ohio town. It snaps giant trees in half as if they were toothpicks. It drives house beams through cars at 200 mph.

Greg Duncan stands in the path of the twister. As a first responder, his obligation is to serve his community. As a single dad, his heart tells him to protect his little girl.

The tornado is moving fast. He has almost no time to choose.

Ray, barely fifteen years old, knows a lot about gaming and getting top grades at school. He's about to learn how useless those skills are in a crisis.

Freezing rain pelts down over a small Virginia city, coating roads, power lines, and trees. In a few hours, the city bustle grinds to a halt. When his mom is stuck at work for the duration of the storm, Ray's first challenges seem like no big deal: don't fall on the icy walkways, and make his own meals.

But as the ice continues to fall, his problems mount. First he loses power, then cell phone service, and then an icy tree comes crashing through the roof. The survival video games he has been playing bear no resemblance to real-life survival in extreme conditions.

Only his connection with the old woman next door might save him. 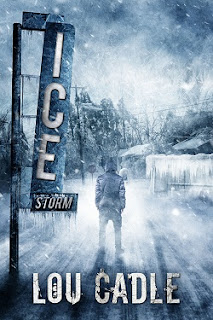