What I'm writing next

I'm about to dive down into my first book in a sort-of new genre. That's an "on the run" outdoor thriller. There are bad guys, but there is also nature, making the chase more difficult. (If you've read Michael Koryta's Those Who Wish Me Dead, that's an example--I've read others but am spacing out on the titles right now.)

I've spent the last month researching the genre and doing three outlines. The three books, should I write them all, are unrelated to each other except for being in the same thriller subgenre/niche. Three different environments. Three different problems. Quick to start and then the whole thing is a race for the main character. Go go go! Try and live until the last chapter!

I will release these as Lou Cadle books for they share the thing all my books have in common: survival struggles, with nature itself as a major antagonist. (My World War II spy thriller will always be a bit of an outlier, as Nazis aren't a force of nature, just another kind of life-threatening danger.)

Almost no one bought my crime books in a related pen name, though I surely enjoyed writing them for the interesting voice/main character and the fun of (by proxy) robbing a bank and a slimy fake preacher. At the same time I was writing those, I was writing elsewhere as well, though I can't connect you to that. It's time to write more Lou Cadle books, as it has been over a year since Fire was released. I'll get the first one out late this year or early next, I believe. Hope you read and enjoy them when they come out. I do so enjoy writing a fast-paced thriller. 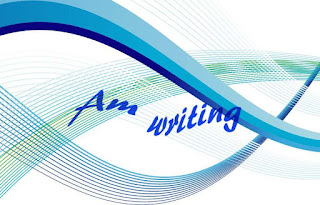 Thanks so much for reading my books.