I'm a day or two away from handing over a revised, edited, and proofread Gray III to the first of my team of proofreaders. I've somehow managed to finish it on schedule despite moving to a new place this week. (Ouch--did I just strain myself patting my own back?)

My mailing list will get the news the instant Gray III goes live at Amazon...and I will give them a discount price for 24 hours (or a few hours more) because they are such enthusiastic, loyal fans. I'm guessing January 12 will be the date, but it could be a few days either way. A few days later, Amazon sends out their email about the release, for followers through Amazon.

I'm excited to have received books for research into the next series (I'll write three novels in 2016 and release them starting in September or October) I'll reveal more about the topic later...but not much until September. Keeping it a secret pushes my energy for writing to the highest peak. This next series is going to be great fun to write, and the setting is so cool. I know most of the characters. I know some of the events. I'm rarin' to go. What joy to dive daily all year into the imaginary world. (Sticking my head up from there only to release already-written books in April and July.)

Happy New Year to all!
Posted by Lou Cadle at 6:00 AM No comments:

Those of us who watched Atlantic hurricanes closely in 2015 saw a number of spaghetti models, predicting the course of the storm, that looked like this:

Clear as mud where that thing is headed, isn't it? In other words, there was little consensus among models about where this storm would head, how bad it would get, and who should prepare. I had selective remembered a number of models like this and guessed that I could write a post about how it was a tough year for models. To prepare for writing this, I first went and studied predictions versus outcome.

As it turns out, despite a few spaghetti models that looked like a four year old's scrawls, models were no less accurate this year than in the past four years. (At least not as far as I can determine by studying the charts. It will take another year to hear a detailed number-crunchy analysis from NOAA.)

Every decade, the modeling of hurricanes improves, but we don't have 100% accuracy at even 24 hours out. 120 hours out? We're not anywhere close to predicting that. It might be wise to check out your storm supplies at 120 hours from a predicted landfall in your region, just in case you need to buy more sandbags, plywood, or gas for your generator, but there's no reason to panic or evacuate that far ahead of a predicted landfall. The storm could come ashore 500 miles from where it was first predicted, or it could turn back into mid-ocean, or it could dissipate altogether in five days (as did Invest 93L, the storm in the graphic above.)

Forecasting is not perfect yet. It may never be. Many variables determine the course and strength of a hurricane. Airborne dust, steering winds, sheer, humidity, ocean temperature, ocean depth, and terrain passed over are among the variables that can alter the course and intensity of a tropical storm. Unusual changes occasionally defy the most rational predictions.

The European model (usually labeled ECMWF on spaghetti plots) continues to outperform any other hurricane forecast model for the coming 12 to 108 hours. The reasons for this are, you may be surprised to know, not primarily scientific ones but political. Knowledge about the physics of atmosphere is widely held and not proprietary. The ECMWF is funded better, and steadily, and more computer power is allocated to running that model. More detail can be entered, more calculations performed, and a more accurate model results.

There is nothing new in the influence of politics on weather safety. Weather forecasting has, in the US, always been subject to political whims of Congress who vote funding one year and take it away the next. In one horrible moment in the 1980's, barely averted, weather forecasting was going to be privatized. (Imagine a pre-Internet world where only people rich enough to afford a subscription service could receive the warning of a hurricane or tornado. That would have been the likely result of the proposal.)

The history of the US official weather services is not an entirely lovely one in any case. Arrogance, ego, greed, narrow-mindedness, and even nationalism have cost many lives of citizens over the years. Erik Larson recounts some of this history in his excellent book on the Galveston hurricane, Isaac's Storm. Caribbean Island forecasters understood hurricanes better than anyone else in the early 20th Century--which makes sense, as they saw more of them--but the US weather service refused to accept what those people knew and ignored their warnings of coming storms, refusing to pass along the information to its own citizens.

Other problems in the bureaucracy have caused deaths from tornadoes. The weather service kept local news outlets--who might have had access to on-the-ground storm spotters or purchased new technology (such as Doppler radar) more quickly than the government--from reporting on a coming tornado. It wasn't until 1950 that the official ban on using the word "tornado" in forecasts was lifted. It is rather difficult to hide in your storm cellar from a specific EF5 tornado bearing down on you when all you're being told is that "Bad weather is forecast this evening."

Like so much in politics, not dedicating sufficient, regular funds to modeling hurricanes in the US doesn't even make cold financial sense. Forecasting a hurricane's landfall wrong by 200 miles can cost millions in lost wages, unnecessary preparations, and a hit to tourism. The billions in property damage where a big storm does hit might be unavoidable no matter how precise the models, but loss of life could be averted by issuing evacuations based on better models. (One would think that even short-sighted politicians might understand that, apart from the moral considerations, dead people are notoriously bad at paying income taxes.)

Luckily for Gulf and Atlantic coast residents in the USA, the less short-sighted Europeans are sharing their superior forecasts and should continue to do so for many seasons to come.

Too busy to blog

My apologies, but I'm deep into edits of Gray III, and so I've no time to blog intelligently today.

Fans of my novels will be happy to know it's going well and that I'm ahead of schedule.

Those who follow my blog for natural disaster news and history will be relieved to know I'll be back next week with a post on that topic. 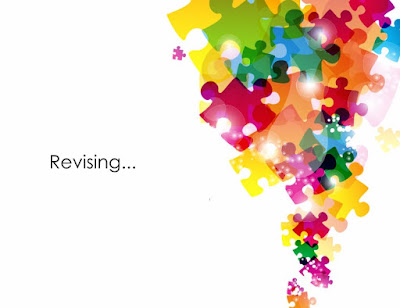 Some readers have asked me questions that I thought might be worth answering for everyone to see.

When is Gray III coming out?

January, and I'm 99.99% certain of that now. When I pass it to my final proofreader, I'll put a notice up here and pin a tweet on Twitter with a more specific date. The day of its release, I email my mailing list. Three days later, Amazon mails anyone who "follows" me there after asking for a message from me to include in that mail.

You're a wonderful writer. Where have you been hiding before now?

I have been writing for years, but for the few years before I began self-publishing at Amazon in 2014, I was definitely feeling hidden while being given the run-around by agents. The more I read about indie publishing versus traditional, the less I was interested in traditional anyway, so I put myself on this path. (In hindsight, I should have done it three years earlier!). I focused on short stories and poetry for many years, and I only began writing novels in 2005.

Why didn't you answer my question on readersandwriters.au? You're rude!

I'm sorry I missed it. But, to be honest, I'm sure to miss more such questions as time goes on.

I appreciate your interest in my books, but if I spent two hours every day hunting every possible book discussion page or site in the fifteen countries where I currently sell books, hoping for questions directed to me (or at another pen name I use), I wouldn't be able to write new novels. There are only so many hours in my writing day, and if you like my books, then you really do want me to spend those hours writing more books, not on social media and ego-Googling.

There are two reliable ways to contact me. Here, on the contact form (or figure out my not-mysterious gmail address--(myname)@gmail.com) or via twitter @loucadle. Anywhere else? I am not likely to stumble over anything you ask me.

Do you have paperback books?  I have a friend who only reads physical books.

Soon I will. Learning the two required pieces of software and the interface at CreateSpace takes time, and I've been spending my writing time on writing and required business tasks. The next few months, I've carved out time every day to peck away at learning this. If I can't gain the skills in that period, I'll pay someone to do it all. By June 2016, at the very latest, I'll have six paperback books for sale through Amazon.

I'd also like to produce audiobooks next year if I can carve out the time.

Why don't you write faster?

I appreciate the implied compliment.

If I did write faster, the books might not be as good. A typical traditionally published author puts out one book per year. I'm putting out three to four right now. It's not entirely impossible that after I work at this rate for another year, I'll be able to streamline the process and squeeze in a fifth, but it's equally possible that I'll burn out creatively, drain that mysterious well that writing comes from, and need to slow down to one a year by 2018.

Will you sell a combined bundle of the Gray series?

Yes, but not soon. I have it on my publication schedule for 2017. Often, if an author does not do this, Amazon bundles them on its own initiative.

Why did you stop selling your books at B&N?

They do nothing to promote indie books. When I switched to exclusively Amazon, I made more money in 12 hours on Kindle Unlimited borrows than I'd made on any other site in a year. More income = more freedom to write books = more books for you to read, even if you do have to download the Kindle reader app on another device.

Do you have a Kindle yourself?

I have a Fire, and I love it. Though once, early in our time together, I fell asleep on it and woke up with a black eye; but I can hardly blame the Fire for that.
Posted by Lou Cadle at 10:26 AM No comments: