I also wrote two that will be published next year:

I finished my give-away novelette Crawl and put it up as my "free mailing list gift" at instafreebie. I wrote two short stories, one of which is here on this blog.

An average month for me entailed 120 hours at the computer, and additional time reading, researching, and thinking up bad things that might happen to imaginary people.

Also, I did a whole lot of other stuff that would put you asleep if I described it at length, including matters related to mailing list, social media, proofreading, covers, audio books, and paperback books. I've nurtured my connections with a small group of indie authors who give me advice, solace, and companionship on my path. I read a few dozen books on entrepreneurship and five or six on the writing craft. I paid my taxes five times and completed other boring accounting tasks. :-)

My first full calendar year as a full-time author, and it was hard but, looking back, I can say I loved living it.
Posted by Lou Cadle at 1:29 PM No comments:

Email ThisBlogThis!Share to TwitterShare to FacebookShare to Pinterest
Labels: 2016, amwriting

Whether you celebrate Solstice, Christmas, Hanukkah, Kwanzaa, or simply the gift of having family around, I wish you the happiest holidays ever this year. Stay safe. Please, don't drink and drive. 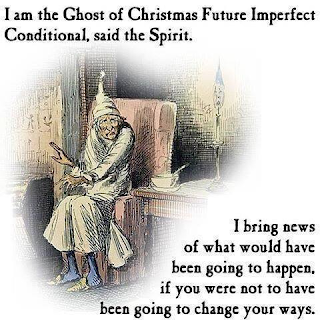 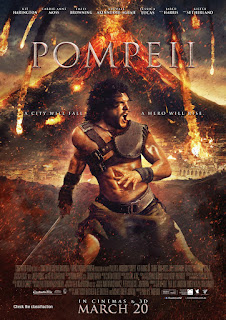 The love story is perfectly adequate for such a movie. It's difficult to entirely avoid cheesiness in writing such a story. (a-hem) And Kit Harington's abs--man, that took some work. Fist-bump, dude. The disaster is really the star of the movie. A- from me.
Posted by Lou Cadle at 6:26 AM No comments:

Dawn of Mammals 4 on Kindle

Killer Pack, Dawn of Mammals 4, went "live" a couple days ago. In Amazon terms, this means if you pre-ordered it, it was delivered to your device. If you didn't pre-order, now is the time to grab it! 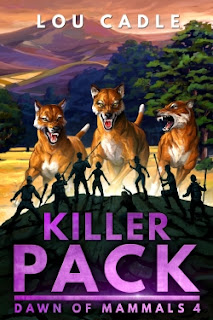 Laina is missing, Bob is ailing, and there are big changes in the group. Who will be torn up by the Killer Pack of early canids? Not dogs, not wolves, but something much more ferocious, they make life in the Miocene fraught with danger.

A month or so ago, when I had my writing work done for the day, I looked at email and there was a notice from zooniverse.org. I did an hour of work immediately and made a minor contribution to science. Not bad for a slow afternoon.

If you don’t know what Zooniverse is, it’s a coalition of scientists who have projects that they need a lot of human eyes on. Online volunteers provide the eyes. I believe the first project was “galaxy zoo,” identifying galaxies in deep-space Hubble images. I participated in that for a time, when I had internet and spare time. Along the way, I’ve also taken part in:

Snapshot Serengeti: Wild animals (and a rare human) trigger still cameras, and you pick out what animals were caught in the shot, how many, and what they were doing.

Whale Song: There is a classification system for whale songs (who knew?) and I listened to several and tried to classify them within that system.

Shakespeare’s World: I turned some handwritten letters from the Elizabethan Era into computer files. The content of the letters was interesting. Parties, family, food, politics were among the topics. I assumed beforehand that the language would be quite different than our own, but it was quite similar.

Operation War Diary: WWI field notes. This was far more interesting than I thought it would be. I gravitated to the medical officers’ and ambulance teams’ notes and learned a good deal about wounds, mental illness and STDs in WWI. (Spoiler alert: soldiers get VD. A lot.) Both this and the Shakespeare era letters reminded me of how important primary documents are to historical novelists. You learn a lot of detail by reading, not necessarily what you’re looking for, but all of it adding up to the world coming alive in your mind.

Cyclone Center: Identifying satellite images of hurricanes in their various stages. Despite knowing something about this topic, I found this one tough.

Arizona Batwatch: The “Arizona” drew my eye, and I watched several ten-second clips of bats flying around the entrance to their homes, counted the critters, identified moments of hovering, of bumping into each other (they do!) and the rare landing caught on film. I found a double landing my first afternoon--and the first afternoon of crowd sourcing the project--and the scientists running the project were clearly stoked about it. A scientist who is working on that area of research will be very happy to know which clips to look at to study the landings in more detail.

Computers can pick out some meaning out of data (computers discover most comets these days by comparing images and seeing the dot that shouldn’t be there, for instance), but they can’t do what the human eye and brain can. Certain patterns are too complicated for even the best computer programs to analyze. Only our minds and eyes can do it.

In my youth I didn’t have the opportunity to study much science after high school, and yet I’ve had the chance to do some later in life through volunteer opportunities, both real life and online. At Zooniverse, you too can do real science. Don’t have a PhD in it but love astronomy or biology? You can still add to humanity’s knowledge about that field. Volunteers have discovered new types of galaxies, distant supernovae, and more. You only have a half-hour per week, or even less time? No matter. You can still help unlock Nature’s secrets. G’on over and take a gander. You might find something that calls to you.
Posted by Lou Cadle at 2:47 PM No comments: