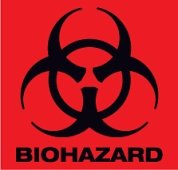 And I'm already pretty sure what project I'll turn to after that. Ideas are never my problem--I have a thousand of them!
Posted by Lou Cadle at 1:47 PM