The difficulty of keeping up with a blog... 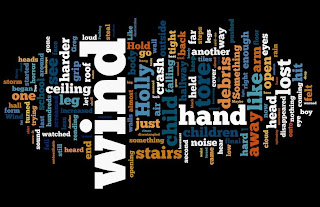 I want to apologize to anyone who has been following me and enjoying my nonfiction articles on natural disasters and emergency preparation. My good months, I wrote two substantive articles, and I can see that several people read them. Some people even mentioned to me how much they enjoyed a post, and a few shared on google plus. And I thank you. It’s great to know that I’m talking to someone--to you!--and not just mumbling to myself in an internet crowded with zillions of blogs, vlogs, and other entertainments.

(We knew from the title there had to be a however, right?)

This year, I’ve set myself the challenge of writing a short novel per month, as many months as I can keep it up, until my head explodes or I collapse into a ball on the floor, sucking my thumb and muttering incomprehensible stuff about adverbs. Other people do write this fast, I know, and while some of them are writing more formulaic books than I, you might argue, some are not. I know plenty of people who write a short mystery per month. So why not me, I asked myself.

I have been working nearly without a break since late September. I published a book in January, February, and March, and I can guarantee books in April, May, and probably June. (Beyond that, I make no promises.) I have taken a few days off, but some of them involved a 150-mile round trip to visit a friend in the hospital, or discharging other obligations and were not relaxing vacation days. I was able to take two days off in a row in March for the first time by cracking the whip over myself for two weeks before that, writing through headaches and exhaustion.

Writing is only a full-time job, (if I don’t get lost in playing on social media) forty-two hours per week over seven days. I have inherent limits. I cannot write new words more than three hours in a day before my brain seizes up like a car engine without oil. I cannot proofread more than ninety minutes before mistakes begin to slip past me. There are a number of administrative tasks to accomplish, as well. If I answer fan mail and chat with other writers for a few minutes every day, my work day is full.

This leaves little time for writing a really good blog post. I have written articles for magazines in the past, and I enjoy writing short non-fiction. I like being able to share bits from my research that had no place in the novels themselves. But it does take a few hours to write a decent article, and I no longer have spare hours to do it.

So I apologize, and I promise to fit one in where I can, but for the rest of the time I can keep up my tough production schedule, you probably won’t see much more than reports on my writing and book releases here. When I write something with meat to it, I’ll share in on Google Plus.

I may decide that sort of fiction production pace is not for me and back off to a slower pace. And I’ll have a whole lot of stuff about extinct mammals to share with you then.

Until that point, I appreciate your patience.

Dawn of Mammals 2 is finished and at proofreaders. It will be out before April 20, and I hope to get the paperback release simultaneous with the ebook release, for once.