How one full-time writer was made

I’ve been a writer for thirty years, and a full-time writer earning my living from novels for three years. 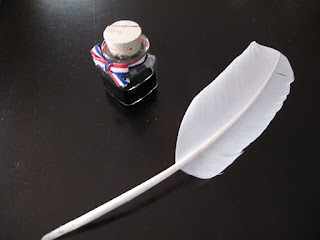 When I began writing for publication, I was already friends with a number of mid-list genre writers, so from the beginning I understood that becoming the next Stephen King in fame or income was unlikely in the extreme, and I understood what the life of the typical paperback writer was: another day job, income from writing under $10,000/year, and needing to write evenings and weekends when you were tired from a normal job. Somehow you had to do so without making your spouse or children hate you for ignoring them several hours per week when you should have been with them instead or doing your share of the household chores. You really had to want to do it to accept those terms!

I did want it that much. I wrote, studied hard on my own, took a few courses, and in very short time was placing poetry in magazines. Not long after that, I began selling stories to national magazines. I drifted from F/SF into literary writing for a time, had several stories published of that sort, won an fellowship to an MFA program (an experience which I hated, quite frankly. MFA programs in writing definitely aren’t for a person who was raised working class, prefers reading thrillers, and thinks Salem’s Lot and Lord of the Rings are good books!)

I realized lit-fic was not my true interest, retreated from that world, gave up what position I had earned there, and went back to my genre roots as a writer, where I felt much more at home. I wrote Gray back in 2003 or 2004, when post-apocalyptic wasn’t a big genre, and several agents rejected it. Digging through the stacks of used ten cent novels at a tag sale, I found Airport and The Glass Inferno and Jaws and a few other books of that time period and fell in love with them. Why doesn’t anyone write books like that any more? I wondered.

It wasn’t a huge leap from that thought to writing my own novels in that genre, mine being about natural disasters. I’m a sucker for a disaster movie. Even the worst TV disaster flicks make me happy. Show me a farm family in a tornado shelter or hurricane winds whipping the palm trees while dramatic music plays, and I want to settle in, munch popcorn, and watch until the end. I wrote the first disaster novel and started the second but again could not get most agents to even glance my way.

As no agent wanted to represent either Gray in 2004 or those books in 2012 or another book I wrote in between, indie was clearly the way to go if I wanted readers, and I did. I began the self-publishing journey in 2014, a bit late to the game, but at least I showed up! Admittedly, I made errors at first (you would not believe how difficult it is to find an excellent proofreader and a cover artist who “gets you,” and you waste a whole lot of money and patience kissing some frogs before your prince arrives), but in less than a year I had the basics down and Gray was gaining a following. (This has since swelled to over 40,000 readers for that series alone, and I am grateful for each one.)

I continued to write as I learned the ropes of indie as a business, and I’ve published most of what I’d written before and eight new novels I’ve written since entering self-publishing, including the Dawn of Mammals series, which has its own fans. I’ve unpublished a couple of pen name novels since.

The only thing I don’t like about indie publishing is the self-promotion. I’d rather write, and I don’t like putting myself forward (or revealing much about myself). Because I don’t like promoting myself, I do almost none of it. People tell me I could sell four times as many books if I ran ads all the time and hired a savvy assistant to “be” me on Facebook and really work on PR over there, if I handed over the identity of my fans to Facebook as most authors do and let them pinpoint market and spam them and others who demographically match them, and pushed myself forward to be on podcasts and so on. This all sounds perfectly horrid to me, so all I do for promoting my books is this: about twice a year I run a few inexpensive ads, and I don’t even like doing that much. I’m a writer, and that’s the part I love to do. So that’s where I focus, and I trust that the rest will somehow take care of itself.

To be clear, I don’t repudiate my traditional publishing years (despite having abandoned that pen name and not being interested in going back to that world) nor do I dislike editors in the least. I always got along with editors well. There was a good deal of value to me in having to reach a certain standard of writing skill with short stories before being accepted for publication, and there was a value to competing for awards anonymously and seeing where I stacked up. It made me work harder, study harder, and up my game in order to be published in better and better magazines, and I’m glad I began my career that way.

I characterize my novels like this: I write science-based novels starring ordinary people caught in extraordinary circumstances, people with flaws and surprising resilience both. I aim to write page-turners, and when I get fan mail or reviews that say I’ve succeeded at that, I smile in contentment. If I made you stay up until the wee hours needing to know what happened next to my characters, I’ve done what I set out to do.