What is success to you as a writer?

Someone on Twitter asked this question several weeks ago, and I couldn’t answer it because my answer, I believed, was too complex for 140 characters. 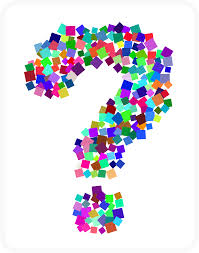 So, to cite one example, a newer writer, reading the book pages in a newspaper or magazine, might think “I want to get a good review in X paper!” and much later, when he’s a professional and has access to daily sales figures and see those reviews don’t help sales one bit, and he needs sales to pay his bills because he quit his day job, he really doesn’t care one way or the other about newspaper reviews.

I once thought, I want a trade publishing deal for a novel with a big house. When I thought that at first, there was no Kindle or ebooks, there were 20 big houses, and you could contact the editors directly. Boy, those were the good old days in tradpub! I like editors. But as the industry changed, and as I had every other form of traditional/gatekeeper success a person could want, and I realized I hated the agent system, I cared less and less about this goal. It no longer was the box to check off. It was a box. It kept slipping lower and lower on my list.

And when I heard about how well people were doing in indie publishing--well, honestly, at first I couldn’t believe it, and then I did, and then I started wondering, and it began to appeal more and more. I did a lot of research about doing this in 2012 and didn’t begin until 2013. At that point, I thought, “Any stranger buying my book is a great thing.” And it happened and it was a great thing! Long term, I thought, “Okay, my eventual goal is, in three years, have six books out and be selling a hundred books per week over all titles in Year Four.”

As it turned out--and with little effort from me beyond writing--I blew that goal out of the water within a year. I had many days that I sold more than a hundred books in a day, which stunned me. I knew I was extremely fortunate. So…goal achieved, right?

And then came a strange turn, one I never expected of myself, because I’m a pretty Zen sort of person most days, and about most things, and particularly about money and possessions. In a flash, X amount of money wasn’t success enough. I wanted 2X. 3X. 5X. I met people making a million as indies! If they could, why not me? Me-me-me-me-me! Even though I couldn’t figure out how to spend 1X, to tell you the truth, I saw these magical numbers out there and suddenly lusted for them. And that was weird, to be caught up in that acquisitive “it’s never enough!” mindset. I was only caught for four or five months, but caught I was. For people who get this disease, I can’t help notice, the goal keeps receding, the goal number becomes bigger, and they drive themselves harder and yet it is never hard enough! Relationships and health suffer as they chase after that goal that, like the line of the horizon, is unreachable.

Sad. Nerve-wracking. Self-defeating. I snapped myself out of it.

But in the wake of that temporary insanity, I was left with no definition of “success” in writing that seemed meaningful to me.

I suppose my gauge of success could be graphed as a double curve, like a two-humped camel. When I was young and naïve, I dreamed of awards and recognition. Those thoughts were knocked out of me by the reality of both how hard writing is to do well and how competitive a field it is and, worst of all, that to get some awards you have to kiss a lot of butt, which is not my talent at all. For a long time after that phase had passed, I had smaller goals that I met, one after the other.

I quit dreaming. I started seeing dreaming as useless. Work is good. Work is useful. Realistic goals that you set for yourself (not the marketplace or anything outside yourself) can be worked diligently for and met. That's not success exactly; it's how I live my writing life.

Today, I suppose my definition of success is in being able to answer this question in the affirmative.

Am I Happy when I’m writing?


So maybe that would have fit in 140 characters at Twitter after all. But it has taken a lifetime to simplify my definition of success to the one-word answer to that one question.
Posted by Lou Cadle at 5:00 AM