I don't believe in talent

“You're so talented as a writer.” 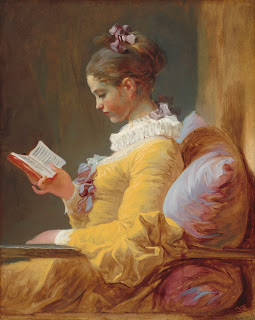 I hear this from time to time in emails, and before you think this is just bragging and quit reading this article before this sentence ends, let me assure you, I am NOT talented.

And neither is any other novelist.

That's because writing isn't a talent. Language is learned. Writing skill is learned. No two-year-old child sits down and pens a perfectly structured screenplay or novel, proving to me it’s not an innate skill. In the past five years there have been a number of articles and books written on the concept of how much work it takes to get to achieve competence in a field. There's the 10,000 rule, popularized by Malcolm Gladwell . There's Ericsson’s concept of deliberate practice and his book, Peak, which also debunks the concept of “innate talent.” Before that, SF writer David Gerrold reminded us that it takes a million words of practicing fiction writing before we'll write a novel anyone will want to read.

A lot of people think they want to write a book, but they don't understand that they'll probably have to write three to five bad ones (or a hundred bad short stories) before they can write a decent one, and three decent ones before they write a good one. It takes years of work to achieve skill, and some of those years are frustrating. Few people seem to be able to stick through them.

I don't know why I was, why I was willing to sink 25,000 hours into learning the craft and the business when it rewarded me hardly at all, before indie publishing and my lovely readers gave me the chance to be a full-time writer. Beyond having parents who worked hard at jobs and community service and provided excellent role models without ever lecturing us on the topic, I believe that people like me are congenitally stubborn. We don't quit because we're a little mad. We bang our heads against the brick wall until we see cracks in the mortar. Or we just bang our heads until we die.

Before 10,000 hours was a catchphrase and before Ericsson’s research, in 1989 western novelist Jack Bickham wrote, “Talent is something people attribute to a successful person after years of hard, hidden, agonizing work.” Amen to that.

So thank you for the “talent” compliment, and I'm not a complete ingrate; I did take it how you intended it. But I hope you forgive me if I correct you: if you like my novels: I’m not talented. Talent would be a fairy godmother hitting me on the head with a wand. Skill is earned. I put in my hours, and if I have any skill to speak of, effort built it.

And this is good news to beginning writers struggling to figure out how to make it all come together. It means with enough effort, you can become skilled, too.
Posted by Lou Cadle at 5:52 AM