The sun pounds down on the badlands as I adjust my heavy tool belt and hike on. At the start of the hike, I saw a rattlesnake, too full of breakfast to be aggressive, his meal still an animal-shaped lump under his skin, making me remember the illustration from The Little Prince, the one of the boa having eaten an elephant. Rattlesnakes are a potential problem at the fossil site. There is little shade, and if you try to find a patch of it to eat your lunch, you’ll likely disturb a snake or two. In such a territorial dispute, rattlesnakes always win.

Even at 8:30 a.m., the sun is relentless. A two-mile hike might have been pleasant, had it not been for the heavy backpack stuffed with bags and rigid containers to hold fossils, plus a small bag of plaster in case a half-exposed fossil needed to be removed from the rock and protected from our efforts to remove it. Most of the weight of my forty-pound burden is water, a full gallon. I’d learned to freeze half of it to help keep my lunch of apple and cheese sandwich from drooping. The belt of picks, brushes, rock hammer, post-it notes, pencil stubs, and plastic pellets dissolved in acetone, used to stabilize small or fragile fossils, is around my waist, so its weight doesn’t strain my back, but I feel its weight on the upslopes. Most of the others in the party with me are newly-minted professionals and twenty years younger. I let them get ahead of me with their excited chattering fading as they go.

I stop to appreciate once again the layer of tuff from the self-detonating eruption of Mt. Mazama, which happened hundreds of miles from this spot. Despite the distance, it left a layer of ash many feet thick, now compressed into this eighteen-inch layer of yellowish tuff. The other rock layers are beautiful pastels, pink and cream and even light blue. If it wasn’t going to be 140 degrees F in the sun later on that day in the canyon, I might appreciate the landscape’s beauty even more. I take off my hat--a critical piece of equipment in these conditions--and fan my sweating scalp with it. The others are around a bend in the trail, and I hurry to catch up.

When I reach the last bench on the trail, I thumb on the heavy radio--another burden of weight--and call the office. “We’re going in, over,” I say. The crackly voice of my favorite ranger comes back. “Have fun. Stay safe. Over and out.” I first tested the limits of the radio over a month ago, and this is as far as the signal will travel. Beyond here, we are on our own. On Day 1 of the work here, I took one look at the sheer cliffs and hard rocks of the fossil site and, a worrier like Hannah, I wondered when someone peeled off one of those cliffs and fell thirty feet, how far I’d have to run to get a signal out for a medevac chopper. This far, I discovered from testing the radio, about a mile distant, probably twelve minutes for me jogging upslope in the heat. My enthusiasm about figuring this out got me designated the radio person for the team.

At the end of the trail, we always look around for hikers and tourists, making sure no one sees where we are going. It’s easy to understand the lure of wanting to find fossils on your own, but it’s a terrible crime against science and public knowledge to take them. A tourist grabbing up some rare sample will remove it from its location, and therefore its date, and therefore all that knowledge about it will be lost forever. In a month or two, the tourist’s fascination with his bit of fossilized jawbone will wane, the thing will gather dust, and his next move across town, it’ll be thrown out as trash. If he calls to return it in a moment of repentance, we couldn’t take it at that point because it is useless without the data its original location would have provided.

To the paleontologists, it’s trash the instant he removed it without recording via camera and GPS exactly where it was removed from. Most important are the photos, one close with a ruler to show the size of the fossil, and one from a distance to show the striations in the surrounding rock. The geologist of the group glances at these photos and he knows from long study which layers those are in this rock formation and what dates they represent.

The layers’ dates have been determined through a complex and expensive series of argon-potassium and argon-argon radiometric tests. Funding for the sciences does not come easily, and the geologist feels lucky to have scraped together those funds. The common person knows about carbon radiometric dating, but carbon dating does no good whatsoever for old rocks. (Or indeed most rocks, which aren’t made of carbon. Carbon = organic material, like soot from a wildfire.) I learned to respect the geologist’s knowledge tremendously in my half-year on this team. He could look at a rock outcropping and know its entire history. In his mind’s eye, the movie played: a volcano far older that Mazama, a plug forming in the volcano during its final eruption, its summit weathering away and leaving the plug exposed, ash from a different volcano falling, the continental plate drifting and pushing the layers askew, more weathering, more ash, a mudflow, compression, until finally the movie led us to today and that precise pile of rocks over there. 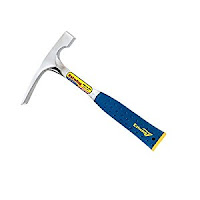 The whole time those mostly-slow processes were occurring, there was life here, too. Animals ate, and mated, and fed their young. They killed animals or were killed for their own meat. They burrowed. They climbed. They flew. Inevitably, they died.

Insects ate their decaying flesh. If ash or sediment covered their bones, they might be fossilized. Some experts estimate that only one in a million individuals in any land-based species gets fossilized. The rest break down to their constituent atoms. Under fresh ash, the process of fossilization might go quickly, we learned from Mt. St. Helens and the rapid fossilization of some of the trees there. Under lake sediment, a fossil is hundreds or thousands of years in the making. Molecule by molecule, rock crystal replaces the bone or tooth. Bone and tooth are almost all that survive.  Around the fossil, the land rises. It rains, it snows, winds blow, and the rock weathers.

And that’s why we are here, returning to a rich area once every three to five years (if there is the staff and funding to support that much activity), because new fossils are weathered out all the time. The geologist studies the spot--or at the photo of the spot--where we find a new fossil, and he says, confidently, “thirty to thirty-one million years ago.” The photo and documentation are kept, in case advances in science can correct that date slightly in the future.

No tourists are watching me today, so I follow the others off-trail, down a dry wash into the canyon where we are working all summer long--one canyon out of a hundred in this area. The other canyons’ fossils are being beaten by sun, washed away by rain, and lost to human knowledge forever. But we can only do what we can do. Today, we are to hunt in one tiny section of one canyon for signs of animals of the lower Oligocene.