(Yes, yes, this is belated! I wanted to finish the fossil-hunting tale in January.)

The Next Pandemic, Dr. Ali Khan.  I read this while researching for my pandemic thriller. (Research which also spun off the post-apoc thriller 41 Days.) Dr. Khan was an epidemic researcher for the CDC, and his tales of being out on the ground in various epidemics helped me understand what that might be like for the hero of my upcoming novel. But it also made me appreciate the work these people do even more. Guys, they really, no-fooling, risk their lives for us, and 99.999% of us couldn’t name one of them. It’s a page-turner (which is of course my highest praise.)

WARNING: Being distributed by Hatchett, this ebook is five times the price it should be, so probably the library is the place to look for it.

Between Silk and Cyanide, Leo Marks. The SOE Codemaster talked about his work in WWII. Fascinating.

Landfall, Jerry Aubin. I blogged about this one already here. Capsule review if you don’t want to click the link: riveting, page-turner military SF, appropriate for YA boys and adults of both sexes as well. Three books are out in the series. 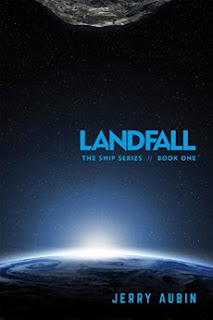 Watching the End of the World, Eric T. Knight.  A TV reality show goes wrong when a worldwide bioterror attack occurs while the contestants are on a plane. It goes even more wrong when they are forced to land in a bit of jungle that is under the control of a drug-runner/warlord. However, not is all at it seems. The last 1/4 of this is so well paced, I’m jealous of the craft. Amusingly, he emailed me as I was biting my nails and trying to flip pages faster at the end, and I yelled at him in an email to leave me alone! A book is obviously good when it makes you yell at nice people to allow you to finish it.

Full disclosure, Eric and I are friends. Funny story, that. I sort of...well...picked him up (in a totally non-sexual way) on a writer’s board when I saw we had some ideas in common about being a writer that are not all that typical in the indie community. He read one of my books, and I began to read his as what began as a polite act of reciprocity--but I quickly realized he really could write! A-HA! I dragged him into my den of evil authors morning writing sprint group and told him everything I know about the biz in emails, and he claims I somehow gave him my cover designers (but they were attainable through googling, so no, I didn’t), and after I was done telling him everything I know about Amazon and algos and blurbs and AMS ads (I promise you it didn’t take long, for my ignorance is as vast as an ocean and my knowledge a tiny raft in the middle of that ocean), we settled down to being "just" writing buds. So I am today not at all an unbiased person, as I know he’s not just a good writer but a good guy. But I was unbiased when I started reading page 1 of this book. Make of that what you will.

Maude, Donna Mabry.  A neighbor lady told me to read it, I grabbed it while it was on sale for free, and holy moly, this is a great indie book! It’s the author’s grandmother’s story, narrated in first person, just as the stories were told to the author when she was a child. A fascinating glimpse into poor women’s lives in America over 100 years ago. (This author, despite her being an indie too, I do not know at all.)