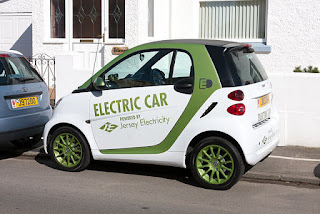 Don’t you think prepping and having a bunker full of powdered butter and a case of Amoxicillin and seeds and lots of ammunition will save you in case of a total collapse and food riots and all that?

I honestly don’t, sorry. I know it's a big business, prepper products, and that people are passionate about this (and some only pretend to be passionate to make money off the true believers), but I don’t think prepping will work. Again, I really don’t believe that a violent collapse will happen in my or your lifetime, but let’s say against all odds that a SHTF scenario is coming in ten years. I think if you’re anywhere near a city, living in a normal home with a normal number of occupants who go to the shooting range, responsibly, twice a month to keep up their skills, you’ll die quickly if the hungry hordes arrive and see you have a garden and food stores. Maybe if you had a compound with 250 trained soldiers who kept in training daily, in a remote mountain site surrounded by barbed wire, you could make it...but then compounds like that, well off the beaten path, tend to quickly devolve into bizarre paranoid cult dictatorships where the teenage girls don’t fare so well, and that occurs long before the crisis comes (which it probably won’t in the lifetime of any cult out there today, so you're risking a lot for no gain). So personally? I’m not moving to one of those compounds and would suggest you keep your daughters away from them.

Isn’t it possible we’ll figure out a way to use something common as fuel? Like air or salt water?

No, because again of the pesky laws of physics. But let’s say we could magically turn regular old air into fuel--into energy as amazing and cheap as petroleum was in 1930, plus some form of waste product (aka pollution). Fast forward. This could not possibly turn out well. (“Honey, you want to drive the air-car to the store while I suffocate to death, or vice versa?”)  Petroleum was probably our one chance, and ... well ... we kinda blew it. I’m not excepting myself from the blame, nor am I excepting myself from the evolutionary psychology truth about people that drives us to behave like this. We are short-term thinkers, and we weigh present benefits as many times more important than future ones. Our New Year’s resolutions about food and exercise mostly fail because a chocolate bar and resting after work appeal more than the long-term benefit. And we use up a finite gift like petroleum now rather than doling it out at a more responsible rate.

Can’t we colonize the galaxy and find new energy sources?

No. We can’t even begin to repair the damage we’ve done to this planet, much less terraform Mars to be habitable for humans, a place that has zero biomass, no protective magnetosphere, dead soil, and no oil to drill for anyway. Rocket fuel, which is not petroleum-based, nevertheless requires petroleum to manufacture. So that’s how you want to spent the last 2% of it? Going to a planet that can’t possibly support human life? (sigh.) We’ve never found any sign of so much as algae on another planet. Oil may be unique in the galaxy, even if intelligent life is not.