I move too fast. I want to move more slowly, with spaces for breathing between all I do.

While I’m not a Buddhist, I’ve read about their concept of mindfulness. You do one thing at a time, and you attend to it. In so doing, you learn more. You relax more. You enjoy chores you used to rush through because you are there, in the moment, fully present, your hands immersed in warm dishwashing water, noticing how that actually feels good (rather than mentally cursing the chore, as we so often do.) 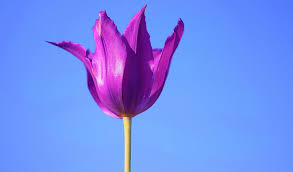 How did I get to the decidedly unmindful place I am right now? Five years ago, when I lived in the motor home in the deserts and woods of Arizona, I was fully mindful. I was utterly relaxed. Most days were blissful. I was so at peace that birds came right up to me and sang along with me when I sat outdoors, sang and played the guitar. I’m a million miles from there today.

The problem starts with the business of being a full-time author. Amazon’s algorithms favored books that came out every 3 months back in 2016. This year, you’d better be releasing one per month to get that monster’s approval and have any chance of being discovered by readers who don’t yet know your work.

Truth: I can’t write a good book in a month. I can’t write one, revise one, edit one, proofread one, run it through more than one pro proofreader in two months, even, and be happy with the result. I don’t even count the hours--years sometimes--of research that goes into all of my books. (I like learning, so it’s not a burden, and it’s hard to convince myself to track it or count it as work, though it is.)

I could write two pretty good, pretty error-free books per year, I think. I can’t do that and remain a full-time author, of course. Amazon's rules won't let me. So the choice is between better books and paying my bills this way.

This rush then extends its ugly claws out into other realms. That kind of productivity, plus the necessity of paying attention to whatever “innovations” Amazon is up to this month that affects authors requires a lot of social time online with other authors so I can stay abreast of this gossip. Authors do each other small favors, and those take time. The online time starts to pull at you, as it will (social media is terribly addictive), and if there is anything less mindful than staring at a screen and feeling irritated a lot, I can’t imagine what that might be. (Perhaps being forced to listen to jackhammer all day comes close.)

And soon, eight hours per day is taken up, just as with any office job. (Except I have to work Saturday and Sunday as well. I almost never take a day off. That wears on a person.) And so there’s not enough time to mow the lawn, clean the house, or make really good scratch meals as I’d wish. (I’m a good cook--seems like a skill I’m wasting most days.) I end up in real in-person conversations that I wish would end so I could go back to whatever is next on my list. In another mental state, I might really enjoy those conversations.

I bought a new house last year, and the yard was a mess, and there were several broken things, and my personal to-do list has been long. I’ve nearly worked my way through it, and am on to the “improvements” list now, but instead of enjoying this work--and I could, under other circumstances--I’m still in a rush-rush-rush mode. It doesn’t make the job get done any better, and it makes me resentful while I'm doing it. Truth is, there are tasks I enjoy like scraping paint and pulling weeds that relax me to a deep level, if I’m only able to commit to a solid two to four hours at them and do them carefully and with attention and without a rigid goal that starts out "I have to...."  Weeding or sanding can be like a meditation. But not if I’m trying to rush through the list to go back to check my sales because I’m running an ad and then checking emails and dealing with the day’s pile of them again.

I should be loving my life. I should be thrilled at living the dream of being a full-time writer. But I don’t and I’m not. I sigh far too much. I enjoy the small moments far too little.

And I know the answer to this discontent. It’s to slow the heck down. :D I want a to-do list with three things on it, not three dozen, every day. I want to stop and smell the roses--or the paint, or the compost, or the red peppers frying up in the pan. I want to plunge my hands into a sink of hot sudsy water, look out the kitchen window at the birds and squirrels, and just stand there for a full minute, feeling and seeing what I’m feeling and seeing.

I know most of us feel this way during our working years. I'm not special in that sense. What's rare about me is that I get to be one of the 6,000 or so people making a living as a writer, a position I'm well aware 500,000 other writers covet deeply and would think me mad for risking by slowing down this year.

I’ll have a book coming out soon. And I’m writing another. But instead of rushing it to publication to sate the maw of Amazon, when I’m done, I’ll put it aside and let it rest for a month before picking it up for revision. I’ll enjoy the process more. It’ll be a better book for that rest. I’m not going to release five or six or seven books this year (my totals for the last three years). I’m going to release three--and one was actually written last year. Next year, maybe that’ll only be two books released. Odds are, my business will crash as a result.

I am so happy I have readers, and I write for them as well as for me. But I don’t think I’m doing any of us a favor by rushing as I have been. I often ask myself, why is Gray so much more popular than everything else I write. These books come from the same mind, the same fingers. Gray was released one book every six months and the editing and release came NINE YEARS after I first wrote it. I think that’s the answer, in part. I took more time. I revised more mindfully. I had down time during which I did other things mindfully, which made me a more balanced person when I returned to writing the book.

That’s my theory, at least. If I’m wrong, at least by slowing down and paying attention to the world, I’ll be doing myself some good, if not anyone else or my books. I won’t feel as if I’m living in a bubble, locked in a wrestling match with Amazon, with the world an irksome distraction, which is how I feel most days now. I will eat better, rest better, feel better.

The birds might even come near again. And that would be lovely. 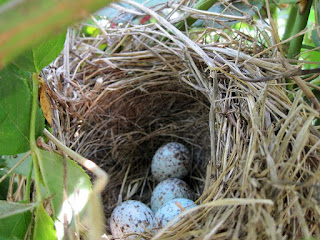