So you think you lost NaNoWriMo? 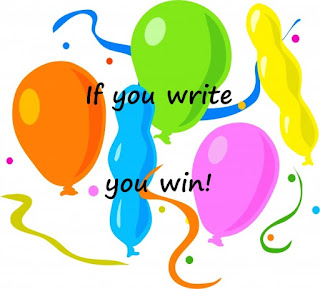 One NaNo win is not the end point of your journey--not nearly so. The month of NaNo is one tool of a million tools that might help you become a selling writer one day. Just that. Nothing more. One tool.

At its best, NaNoWriMo helps people learn for the first time that it’s possible to draft a novel in a month. And then they go on and do that again, independently of any game, on months other than November, over and over again. If you wrote over 1000 words a day on average, you still learned the lesson, whether or not you hit the arbitrary 50,000 word total or not. If you wrote six days out of seven despite having a job and kids, you still did well. Keep up those good habits--write at least 1,000 or revise at least 2,000 every day--and you’ll be able to write at least two books per year. Keep doing it, year after year, and your writing will improve over the years. Keep improving, and one day strangers will be anxious to read the next book you’ve written.

If NaNo makes you feel bad, if it doesn’t match your personal production habits, don’t do it again. You’ll get beat up enough over a lifetime of writing, and a lifetime is what a writing career entails; don’t beat yourself up by adding another burden or sense of failure that you can avoid.

If you won, hey, great! Congratulations! But if you didn’t win but learned something, or wrote a third of a novel that didn’t exist in October, congratulations to you, too. You have every reason to feel proud.
Posted by Lou Cadle at 2:00 AM