I thought I’d talk a little about craft, about two of the ways I develop characters. 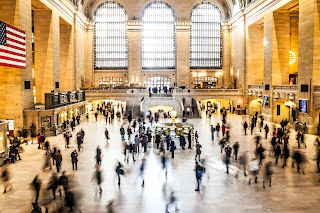 My novels are realistic books about ordinary people in extraordinary circumstances. (Time travel is not so realistic, I admit, but the rest of what I write is.) And so most of my characters come from watching and listening to ordinary people.

Here’s an excerpt from my journal:


“As I left the grocery store this morning, a white couple, obviously working poor folks, walked up to the door. I had emptied my cart and left it just in front of the jammed-together stack, and the guy was going to yank one of the entangled carts out instead. His girlfriend said, “Hon, there’s one right there that person just left.” And the guy says, petulant, “I don’t want that one.”

And in a moment, I knew how awful that relationship was, how abusive he likely is--perhaps not physically, but a moral, spiritual drain, a critical jerk, like a black hole in her life that drains out all her happiness and peace. Her tone of voice and cringing posture told me that too. And I wondered ... why be with him? What sex, no matter how great, what help with the chores, what brief comfort of waking up next to a breathing body is worth that cost? It’s a puzzle.”


And it is, in the working out of that puzzle over some time, that I might come up with a character. Or, I might challenge myself about my assumptions, and turn that guy into a nice guy who is having a bad morning because _________ (brainstorm a list of why). Or maybe they weren’t a couple, maybe they were brother and sister, tending to a dying parent, and his refusal to accept the easier and available cart that didn’t require a wrestling match to free was a sort of symbolic act of frustration at the vagaries of disease, a rail against the inevitable march of the parent toward death. Maybe I'd focus on her and try to sincerely answer my why question. Give her a rational reason to stay with a draining man.

As I think about them today, I can see the woman--who I caught but a glimpse of--literally wringing her hands, not a thing done often in real life, but I think she might. I wonder if I can get away with that gesture in a book set today, and think, possibly, if I lampshade it.

I make up stories about strangers all the time, and a moment like that might spin off a dozen characters. They might fade from my conscious mind, or I might be in the midst of plotting a novel in two years, and there is that character, right when I need her. I don’t describe the person I saw that started the thinking--any looks will do, I probably don't remember the trigger person's looks, and I seldom describe my story people in detail anyway, trusting that my readers are smart enough to imagine characters on their own.

In other situations, I sit down and quiz people. People love to talk about themselves. Example: I was sitting with a group of a half-dozen elderly women, and they had all been happily (or at least contentedly) married for decades, and it struck me to ask this question. “Was he the first real love you had, or was there one who got away?” And they all had one who got away, and the stories they told were fascinating, and filled with nostalgia, bittersweet longing, and humor.

Few of the stories people tell me get used exactly as told to me. They all go onto the character compost heap, fertilizing my fiction. The more I ask people about themselves, the more I learn about people in their infinite variety.

So those are two of the ways I invent and develop characters: by outright quizzing people, and by inventing imaginary lives for the folks I see in passing.