Writing a million words of fiction in 2016

One million new words of fiction per year?

I know there are a few people out there who write a million new words of fiction a year, but I worked my hardest in 2016 and discovered that I’m not going to be one of them. 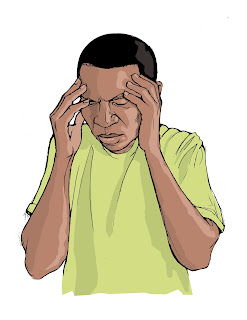 I’ve navel-gazed about the question of whether or not I was just being whiny (something 99% of writers are tremendously skilled at, so I try to monitor myself for this), but I don’t think I am this time. People who write a million a year generally:

And so I now work for my three hours every morning, but it is either new words or revision or proofreading, not all three. I also do an hour or two of business work daily: mailing list, blog, emails, social media, accounting, etc. And every day includes a couple hours of research/non-fiction reading for the next book in line. Seven hours a day, seven days a week, and very few days off: 49 hours of work per week. It’ll just have to do.

Because the other thing I fear million-word writers must do can be seen by looking at it through the lens of David Sedaris’s “four burners theory.” A friend of his says there are four burners in a life: work, friends, family, and health. Unlike on a stove, where you can crank them all up to high for a long while, in real life, you cannot. If you turn work up to high, friends, family, and health will suffer. To be really successful, she said, you have to turn off two burners.

I think she has a point. For any one person, there is no such thing as infinite time. Or infinite energy. Or an infinite number of days functioning on three hours sleep. We have limits, and if we don’t respect them--if we don’t keep an eye on all four burners--we might find ourselves with fifteen novels written this year, but have no friends, high blood pressure, and are being served with divorce papers or bailing a kid out of jail because he acted out just to get our attention for a few minutes.

I tried as hard as I can, and I turned friend and health burners down too low, but I don’t think I’ll quite crest a half-million new words by December 31. (If I get to count blog posts, yes, I will). Other people can write a million, and my hat is off to them. I did my best, yet I found I am not in that group.

Next year, I’ll aim for about 333,000 new words...and I will reconnect with some friends whose invitations I turned down too often in 2016.